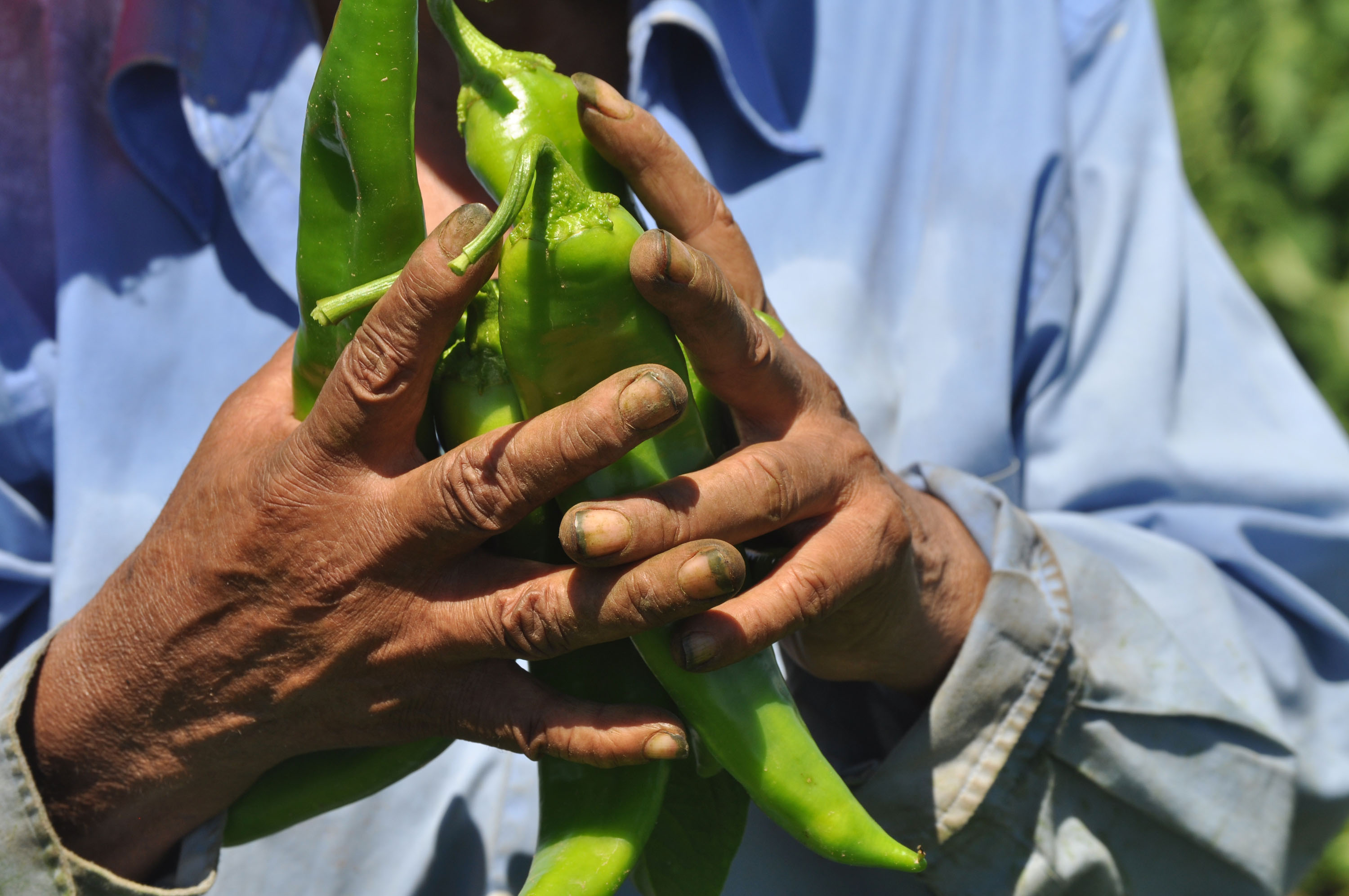 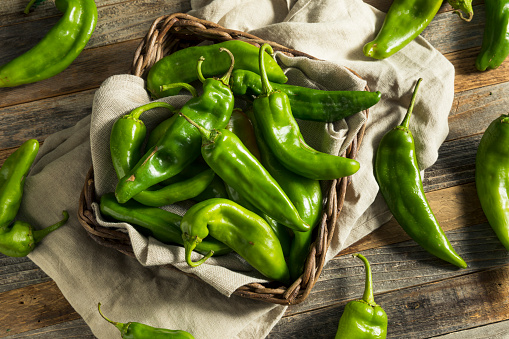 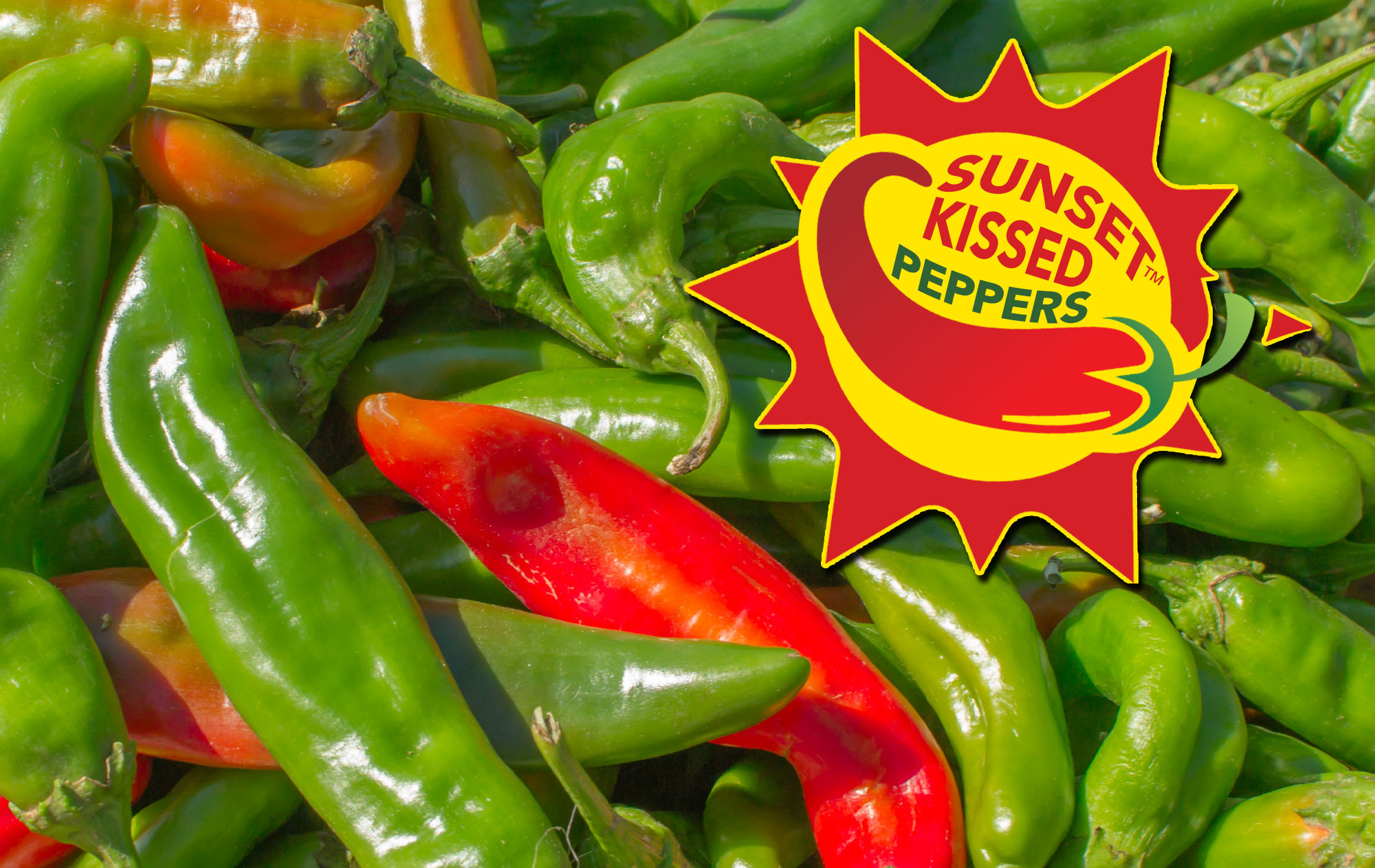 Mi Abuelo’s chiles are grown in New Mexico, along the legendary Rio Grande river. The process of farming these “World Famous” chiles has gone unchanged for centuries, taking care to protect their genetic purity, down to the protection of pepper seeds.

No other chiles outside these New Mexican valley environments, with their unique soil and climatic properties can match the unique taste of Mi Abuelo chiles.

Like so many American success stories, this one has its roots in the World’s Famous Hatch Chile Pepper Valley, where our unwavering commitment to carefully and protectively grown chile peppers pays tribute to farmer grandfather, Ruben Baca.

It’s our family’s love and passion for chile peppers that’s been passed down from generation to generation. You might say that chili pepper seeds are in our DNA. That passion has bought delicious and healthful chile peppers from New Mexico to the American table.

The orange-gold of a New Mexican sunset stretches far and wide across the vast fields of chile peppers, their colors changing from emerald green to a burnt orange to ruby red, merging with the sky.

As the maturing chile peppers intensify in color their flavor sweetens, inspiring us to name our Organic Chiles, “Sunset Kissed Peppers.” It is this distinction appearing on our label that illustrates our promise of peak flavor and quality.

For over 6,000 years, humans have used chile peppers to add a spicy kick to their meals. Today, their uses are almost endless in Mexican cuisine, found in cookbook recipes ranging from salsa to enchilada sauce, from jerky to hot sauce. Home cooks and chefs use chiles in a variety of ways– canned green chiles, chilis roasted and dehydrated in powder form as a seasoning. They can also be used in a stew or green chili soup, NM chiles are a hit around the world!

Why We Flame-Roast Our Chile Peppers

Flame-roasting green chile peppers softens and intensifies their flavor, bringing out their spicy, earthy, smoky goodness in moderate medium or hot heat levels. Chiles are roasted until the skins are blistered which makes pulling off their skins quick and easy.

Hatch, New Mexico is a small village in the southern part of the state and one of the largest producers of New Mexcan chiles. Chile from Hatch has become so well-known that people know it by name and prefer it over most all others because of its flavor.

Hatch chile also refers to varieties of heirloom species of chile peppers from the genus Capsicum which are grown in Hatch Valley, New Mexico. Along the rest of the Rio Grande, outside of the Hatch Valley is the Mesilla Valley which also grows award-winning chiles in their own right. Both are certified by the State Of New Mexico.

When is the typical Green Chile Season?

The first week of August is typically the sweet spot to harvest the best organic green chiles. These rich green chiles usually mature around the 10th of August when the weather begins to cool down for the summer and stay green for approx. 40 days then begin to turn red.

When is the typical Red Chile Season?

After the Chiles begin to turn Red around Sept 20th, they are then harvested for the next 3 weeks until the first frost of the year arrives to blanket the fertile ground in the beautiful southwest valley.

What is a Sunset Kissed Southwest Chile?

There is a magical moment just after the green begins to change to red and before the red is fully red that the chiles undergo a “transformation of color and taste.”  It is THIS brief and quickly passing frame of time just as it changes into an orangish, reddish green that we call the chile “SUNSET KISSED”   Some say that if you cook with a “sunset kissed” chile your house will have good luck for as long as the sweet aroma lingers.

GET NOTIFIED VIA E-MAIL DURING KEY SEASONS AND TIMES

Be the first to hear about crop picks, first shipments, Company news and information.