Not all superheroes wear capes, some might wear jeans, long-sleeved shirts, tool belts and hats. These superheroes call themselves farmers and contractors. My superheroes are my grandfather and father, both inspiring me through their hard work and resourcefulness to continue in their combined footsteps.

Rudy Baca, my father, established Baca Construction in 1963. My story begins as Robert Baca,  born in 1969. Beginning at age 5, I accompanied my father to various construction job sites working alongside him over the years acquiring the detailed skills of the trade. My grandfather, Ruben Baca, established Baca Chile Products in the early 1970s.  He was a dedicated chile farmer who processed red and green chile in Las Cruces, New Mexico. In the summer months of my childhood I worked the construction company alongside my father and provided maintenance to our family’s custom chile equipment. I also helped harvest the green chile crops and became more proficient at the building trades. My grandfather would take me out in the chile fields as a child, and to this day I can still remember him picking a pod and carefully breaking it open.  He customarily would take a big whiff of the opened green chile pod prior to biting into it and he would then pass another green chile pod to me and test my knowledge as to whether it was Sandia or Nu Mex 6/4.  I vividly remember at the age of 10, walking the rows with my grandfather to inspect the chile crops, he would determine the first ones to harvest, and how we could maneuver the trailers to do the least damage while harvesting.  I have fond memories of my father waking me up at four o’clock in the morning as young as 5 years old to make the trip to Albuquerque with a truckload of chile, headed to The La Feria Supermarket.   We used to bet how far up the pass outside of Truth or Consequences we would get before having to downshift the loaded down box truck, mostly it was my dad who won the bets.  The La Feria Supermarket was the first store that contracted to use my father’s custom-built conveyor type roaster to roast and sell green chile to the public.

In 1982 My aunt, Jeannette, began roasting chile at Huff’s farm and in 1983 my uncle, Glenn Baca, and my aunt Jeannette took over the business and continued running the chile plant.  Having honed my skills in the construction business, I became a licensed general contractor and electrical contractor in 1992.  My company name at that time was R.B. Construction.  It was not until 1996 right after I attained my plumbing license that my father and I traded business names and I became Baca Construction.  That was the same year in which my grandfather sadly passed away.

In 2009, my aunt and uncle faced the difficult decision as to whether renovate the chile plant to meet the new Food Safety Modernization Act regulations (FSMA) or retire. Amid the economic recession It did not make much sense to continue as a large part of our clientele were the local restaurants. They could not afford a price increase that would ensue after having to meet the rigorous requirements that FSMA was demanding.  The family offered the business to me at that time, but I had built a solid business as a remodeler and home builder and had little to no interest in running two businesses. Glenn and Jeannette ended up selling the business to Biad Chile who diversified and reached out to the Internet to continue the chile market outside of Las Cruces. A few years later the Biad’s sold our old equipment to the Hatch Chile Store.

In 2012, my father passed away and I began to feel very remorseful that the family that had spent most of their life building a family business would go forgotten along with all the hard work and intellectual knowledge gained.  Being the executor of my dad’s estate, it was extremely difficult to watch all the customized equipment my father spent his whole life designing and in the blink of an eye it was sold to the highest bidder.  My father’s last custom-built conveyor roaster never got to be put into use, he had worked out nearly all the kinks to the point that it was almost perfect.  I ended up inheriting the last roaster and I could not bear to let it go.

In 2017, I researched and investigated what the FDA and environmental requirements would be to have the roaster meet all the food and safety regulations.  So, with new knowledge at hand, I spent the next three months reconfiguring my father’s last roaster design and, in the end, was able to file for a patent.  I had just become married to my wife, Kelley Watts, who is a Registered Nurse in the military, and she was planning to retire in 3 to 4 more years. I knew that she wanted to continue her military career in leadership and that might mean having to relocate with her.  So, at that time it just made sense to restart the chile business so I could work 3 months out of the year here locally in Las Cruces and then spend the other 9 months just promoting the chile business from wherever the military might send her (Hopefully not overseas!).  As a newly married couple we soon found out that we were struggling to get pregnant and unfortunately, we were soon faced with the journey of dealing with IVF.   As we dealt with infertility issues, we learned we needed to radically reduce endocrine disruptors often found in our food, plastics, and cleaning products.  We have now survived 4 IVF cycles and thankfully conceived on our second cycle, which blessed us with our 3-year-old son Rylan. It is hard to believe how many young couples were sitting in the fertility clinics. 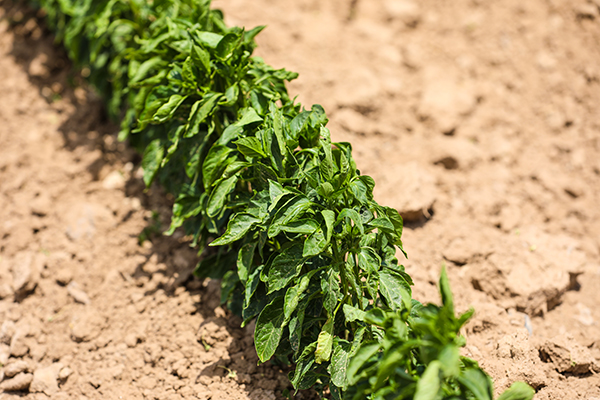 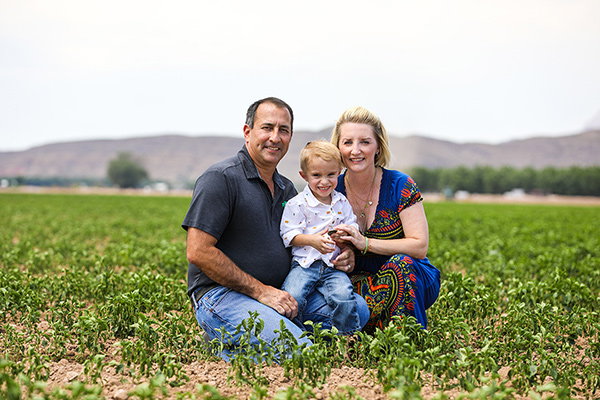 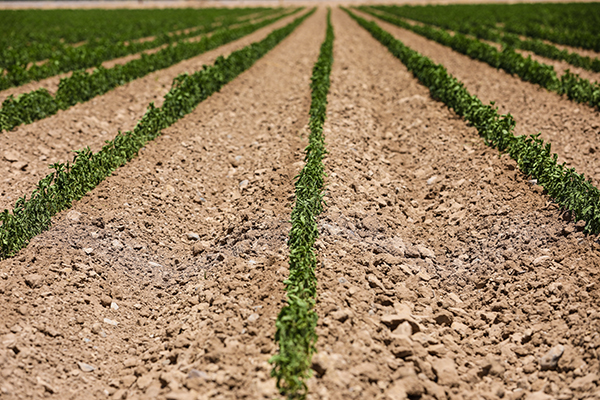 In 2018, I approached one of my customers with the idea of slowing down the construction business and opening a new organic chile business.   The day before getting his answer I casually mentioned my intention to another customer and was shocked with his offer to write me a check on the spot without so much as a doubt or even second thought.  I launched the new chile business only to find out 6 months later that another competitor had trademarked our last name.

In 2019, The new name “Mi Abuelo” was born and with that a renewed passion and fire had ignited.  The fact that I can do something to help improve our community’s food chain with organic integrity and help introduce to the nation one of New Mexico’s famous food products inspires me every day.  We have had many setbacks, the latest being Covid-19, but arriving home at the end of the day to hear my son screech “Daddy’s home!” with excitement makes it all worthwhile.

Facing challenges, finding solutions, implementing change, and striving for success has always been our Family Tradition.